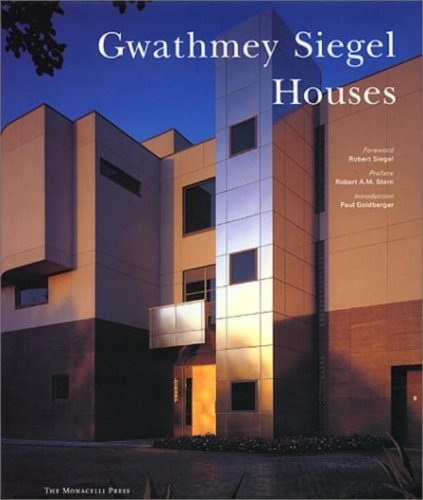 This book traces the admired and influential house designs of the architect Charles Gwathmey and his partner, Robert Siegel, beginning with Gwathmey’s celebrated house and studio for his parents of 1965 in Amagansett, New York, and including such well-known major works as the de Menil House in East Hampton, the sprawling Oceanfront Residence in Malibu, the Hilltop Residence in Austin, and the Spielberg residence in East Hampton. “Their architecture is never plain, and it often seems to possess a degree of elaboration that, the architects’ deep commitment to modernism notwithstanding, could almost be called baroque,” Paul Goldberger writes in the extended essay that serves as the primary text for this volume. “And yet it is driven at all times by a search for clarity—a desire to make the presence of space evidence, a desire to articulate form, a wish to reveal rather than hide.”