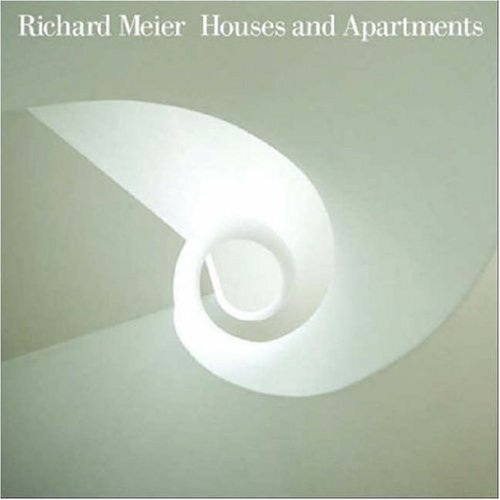 by Richard Meier with contributions by Paul Goldberger, Joseph Rykwert and Massimo Vignelli

Paul Goldberger’s long essay, “The Dance of Composition,” provides a major portion of the text for this sumptuous review of Richard Meier’s career as a residential architect. The book opens with Meier’s celebrated Smith House in Darien, Connecticut, of 1967, and continues through such recent designs as the Perry Street and Charles Street apartment towers in New York, a housing development for China, and a palace in Dubai.

“Meier’s buildings are elegant, they are refined, they are pristine,” Paul Goldberger writes. “Still more to the point, they possess a presence that seems highly aware of its own intense visual appeal: they know how beautiful they are, so to speak. Thse are not innocent buildings, the exquisite, natural architecture of the naïf. Yet what makes Meier’s work unusual, not to say remarkable, is the extent to which it possesses a degree of grace that is almost never associated with such highly studied architecture. His buildings are like Cycladic sculptures in that their beauty appears easy and natural, revealing nothing of the struggle that went into their making.”