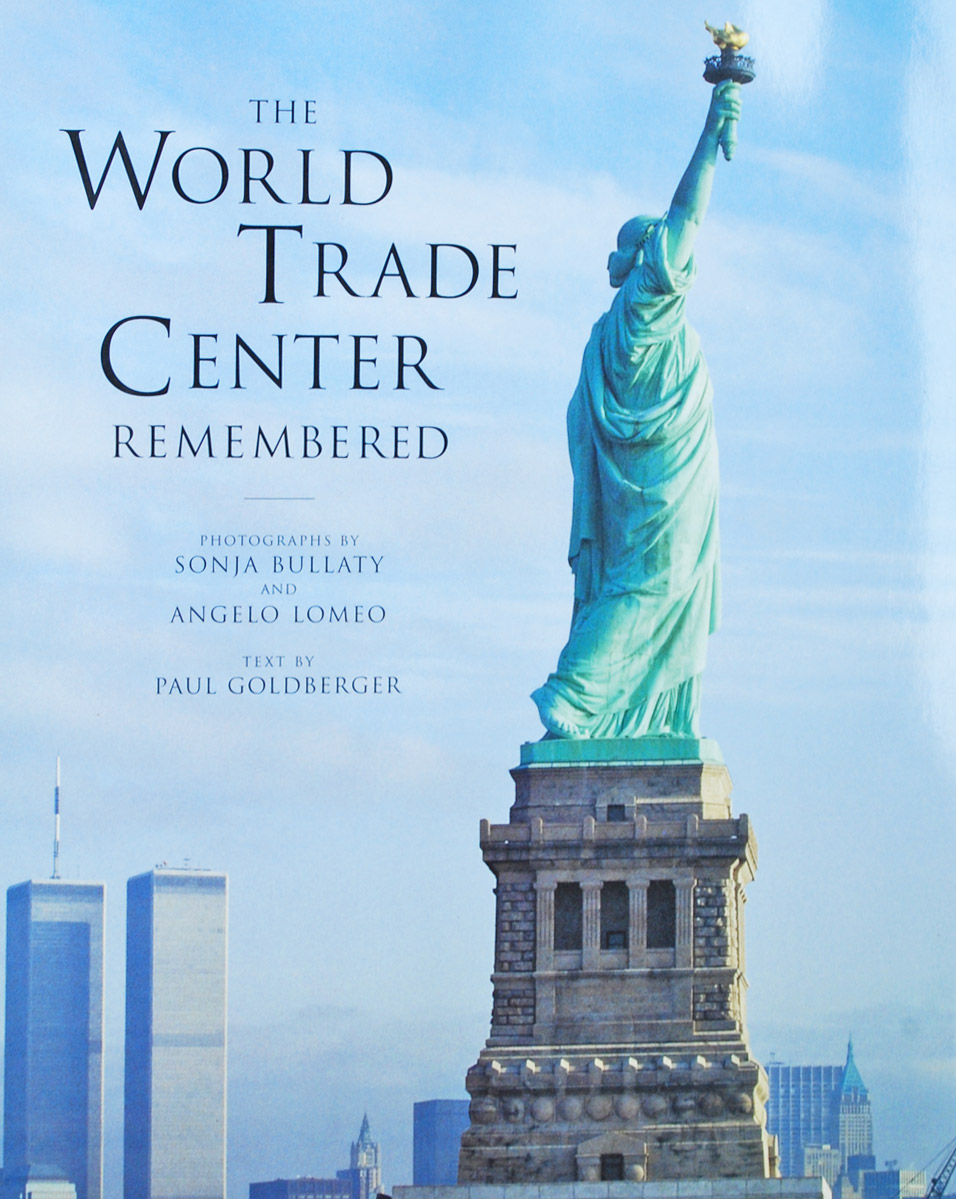 This book pays tribute to the fallen towers by collecting the photographs of Sonja Bullaty and Angelo Lomeo, who photographed the World Trade Center over many years, along with a text by Paul Goldberger, an extended essay entitled “The World Trade Center: Rising in Sheer Exaltation.” The text discusses the history of the buildings, their architectural design, and their significance as the world’s first “architectural martyrs.” The void that the fall of towers created, Paul Goldberger explains, is both emotional and visual, and it irrevocably changed the skyline of New York City in a way that could never have been foreseen. “Without the towers the skyline has lost its weight, its meaning, and it appears to have melted away,” Paul Goldberger writes. “Modernity always implied great change, but no one wanted to believe that this could mean cataclysm or ever expected that the buildings that for so long had seemed to transcend emotion would come to inspire in us the deepest, most heartfelt longing.”