Jay-Z and the Brooklyn Nets Are Exciting and All, but Is the New Barclays Center Any Good As A Building?

The Fight to Save Chicago’s Prentice Hospital

Prentice Hospital, by Bertrand Goldberg, is a cluster of concrete cylinders–ugly to many, beautiful to others. Here is the (now lost) argument for saving it. 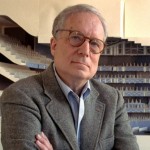 A Fond Farewell to Robert Venturi, the Architect Who Taught Us to Stop Worrying and Love Las Vegas

Everyone agrees Dwight D. Eisenhower was one of America’s greatest leaders. But the effort to memorialize the 34th president—with a monument on four acres near the Capitol—has led to open conflict, pitting Eisenhower’s grandchildren against one of America’s most respected architects, Frank Gehry.

Examining the Bombastic Classicism of the London Bomber Command Memorial

At the Most-Comprehensive-Ever Show of Roy Lichtenstein, a Witty and Dignified Look at an Icon

The first thing that struck me when I walked into the vast and exhilarating Roy Lichtenstein retrospective that opens this week at the Art Institute of Chicago was that it was in the Rice Building, a graceful classical wing added in 1988 by the architect Thomas Beeby, which houses the museum’s great pre-1950 American collection. […]

A Glare Grows in Dallas: Why a New Condo Tower Has the City’s Art Community Up in Arms

The hottest news in architecture right now is, well, about heat. And light. And how there is too much of both of them in Dallas, where something called Museum Tower, a 42-story condominium with a façade of highly reflective glass, has risen beside the Nasher Sculpture Center, the building by Renzo Piano that is one […]

There is no record of what Dr. Albert C. Barnes, the famously eccentric, famously difficult collector of post-Impressionist painting, African art, ancient art, and American furniture and decorative art said to the architect Paul Cret when he hired him to build the Barnes Foundation, his personal museum, in suburban Philadelphia in 1922. Cret gave Dr. […]

Let’s start with an obvious truth: Paul Rudolph is not an easy architect. He never was. His assertive modernist buildings of concrete and glass are not what anyone would call user-friendly. They can be harsh, and tough, and it is not surprising that to many people they are cold. But oh, can they be beautiful, […]

Maya Lin’s Vietnam Veterans Memorial, with its extraordinary black granite wall extending gradually into the earth and carved with the names of 58,272 Americans who died in the nation’s tragic escapade in Southeast Asia, was finished 30 years ago. It is still far and away the greatest memorial of modern times—the most beautiful, the most […]

A Vroom of His Own

With its stainless-steel counters, halogen lights, and museum-style installations, D.A.D. Garage looks nothing like an everyday, oil-stained garage. Of course not–it belongs to Ralph Lauren, who owns 60 or so of the rarest, most valuable cars in the world, including a 1938 Bugatti coupe, a 1938 Alfa Romeo Mille Miglia roadster, and the world’s only 1930 Mercedes-Benz SSK “Count Trossi” roadster, all in ideal condition and all driven by the designer himself. The author plugs into the lifelong fantasy behind Lauren’s collection.

The King of Central Park

From the marble-columned lobby to the wine cellar and pool, the author examines the art, as well as the limits, of architect Robert A. M. Stern’s 15 Central Park West.

As Ralph Lauren enters decade five as a design superpower, the author explores his re-creation of a world that never was.

Checking in at the Bowery Hotel.

Friendly Fire on the Culture Front? Why the Museum of Modern Art is Making a Fatal Mistake

The Shape of Things to Come

Art-Fairest Of Them All? A First Look at Miami’s Dazzling New Perez Museum

Back to the Future: A New Look at Modernist Hero Normal Bel Geddes, Designer of the Original 1939 ‘Futurama’

Can JFK’s Pan-Am Terminal, A UFO-Like Monument to America’s Jet Age Innocence, Be Saved From The Wrecking Ball?

On Not Hating the George W Bush Library

Why Is The Museum of Modern Art Dead Set on Perpetrating a Hideous Act of Architecture-cide?

A Skyline For Williamsburg? The Brooklyn Waterfront Gets a Radical—And Terrific—Redesign

Something Lousy in the Air: Analyzing American Airlines’ Disastrous Redesign

The Hamptons Get a New Museum—And Not Only Is It Not Garish, It’s Wonderful

George Lucas Strikes Back: Inside The Fight To Build The Lucas Museum

How Thomas Heatherwick Became The Pied Piper of Architecture

In Memoriam: The Social Art of Zaha Haddid, Architecture’s Most Engaging Presence

The Met Breuer Restores a Post-War Gem To Greatness

Beyond The Hype, Santiago Calatrava’s $4 Billion Transportation Hub Is A Genuine People’s Cathedral

The Broad Is LA’s Latest Paradox

Why Frank Gehry Is Not A ‘Starchitect’

$422 Million Later, the New Whitney Is Filled With Surprises

The Final Segment of The Highline Is Stunningly Refreshing

Is This House Too Modern To Exist?

What Will Become of New York’s Most Beautiful Ruin?

Too Rich, Too Thin, Too Tall?