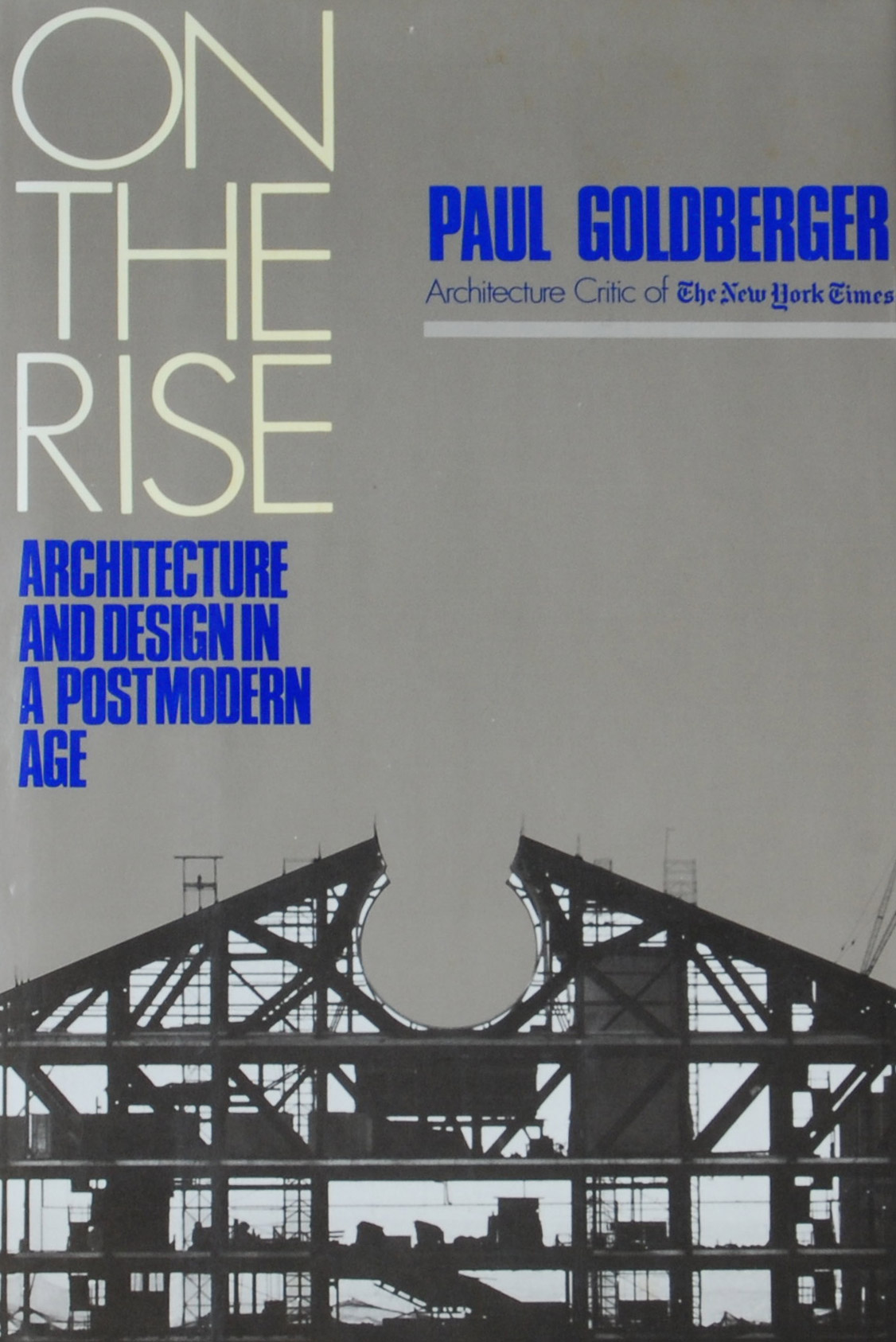 On the Rise: Architecture and Design in a Postmodern Age

On the Rise is the first anthology of Paul Goldberger’s architecture criticism from The New York Times, with seventy-nine essays published between 1974 and 1983. They range from critiques of new buildings like Wallace K. Harrison’s Albany Mall (“The buildings of the mall are so foolish, so silly, so impractical as to be indefensible on serious architectural grounds, yet they do come together to make a totality with a certain futuristic tone to it, as if Buck Rogers were creating a seat of government”) to essays on cities (“Houston remains one of the nation’s most intriguing urban environments, a city in which growth is something of a religion and yet planning is something of an anathema”) to ruminations on design such as “Why Buildings Grow On Us” and “Cookie Architecture” and “The Design Fallacy.”